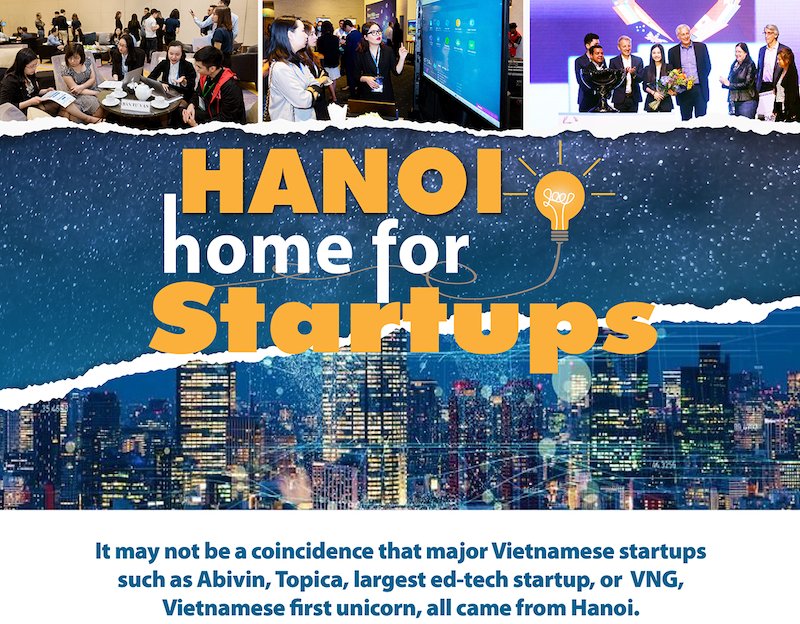 “We aspire to be the first business-to-business (B2B) unicorn in the region, and that is the reason why we are here.”

Pham Nam Long, Co-founder & CEO logistics startup Abivin made such a bold statement while appearing in a business reality television series Shark Tank in 2018 with his wife Nguyen Hoang Anh to call for investment funds.

During the show, an investor reached a deal with the startup to purchase 10% shares for US$100,000 and another $100,000 under the form of a convertible loan. Both sides, however, later parted ways as they failed to come to an agreement in the due diligence process.

This did not slow down the rise of Abivin as a few months later, the startup received support from a Finnish Government-backed venture fund. In 2019, Abivin participated in the Startup World Cup in the US and took home the first prize of $1 million.

“This is evidence that the world is showing strong interest in solutions to solve the logistics issue, and solution from Vietnam is comparable to those from Silicon Valley,” Anh shared her experience on this contest, noting this was the most significant point in this contest and not the prize.

“We are still on the right track towards our vision - to build an Artificial intelligence (AI) platform to optimize enterprise value chains,” Long told The Hanoi Times recently as he talked enthusiastically on his plan to move Abivin forward.

Multinational corporation and biggest companies in the ASEAN countries such as DSV, one of the world's four largest transport and logistics companies, BCP, the largest distributor of P&G products in Indonesia, Saigon Newport, the most professional/biggest container terminal operator in Vietnam, all are now customers of Abivin.

“Within the upcoming five years, we aim to acquire customers in the rest of Asia, to double and triple our market every year. At the moment, we have been expanding our presence in five countries across the region: Vietnam, Singapore, Myanmar, Indonesia, and recently Japan,” Long said.

While Abivin should be seen as an example of the Vietnamese startup community on the rise, it should be noted that Vietnam remains among the world’s 20 countries with the lowest rate of startups having successfully realized their business models, at just 3%.

Such a rate remains in stark contrast with the fast-growing number of startups in Vietnam. A recent report from the Australian Trade and Investment Commission (Austrade) stated the country has the third-highest startups growth in Southeast Asia, from 400 in 2012 to nearly 1,800 in 2015 and 3,000 in 2017.

On this issue, Le Van Quan, Director of the Hanoi Small-Medium Enterprise Support Center, pointed out the majority of startup founders came from non-business backgrounds, for which they lack corporate governance skills and basic financial knowledge.

Director of the AIC Furniture Company Nguyen Huy Hiep told The Hanoi Times despite having been in the market for five years, the company continues to struggle for funding. “Everywhere I go, I get the same question about guarantee assets in order to secure loans, which remains a difficult question for startups,” he added.

More than the lack of capital access, it is the complicated and burdensome administrative procedures, which are putting pressure on firms that are still at an early stage of development.

In this current difficult economic climate as a result of the Covid-19 pandemic, enterprises, especially startups, are up against the wall and fighting for their survival.

They are forced to restructure operation strategy and adapt to new business environments resorting to digital transformation as a priority.

Trinh Ngoc Bao, Co-founder and COO of Base.vn, a Hanoi-based startup providing a corporate governance platform, stressed this is an irreversible trend, but to embark on this journey, enterprises should make clear their objective in digitalization.

“Every step should start from leaders,” Bao told The Hanoi Times, referring to a saying that leaders go first, leaders eat last.

All startups have their own way to go, and their ultimate success would vary, as it depends on several factors.

However, looking back at a similarity among most successful startups in Vietnam, it may not be a coincidence that major Vietnamese startups such as Abivin, Topica, largest ed-tech startup, or Vinagame, Vietnamese first unicorn, all came from Hanoi, as pointed out by Quan of the Hanoi’s SME Support Center.

Clearly, Abivin has made a long stride since its establishment six years ago as its two founders, both graduated abroad, decided to return to Hanoi and embark on their startup journey.

The Abivin’s co-founders saw Hanoi as an ideal environment to nurture startup development. “With a dense network of leading prestigious universities, the city can provide high-quality human resources for enterprises. As such, there should be partnership programs between startups and universities to create opportunities for students to have practical work experience, and also help startups utilize resources for recruitment,” Long explained.

Meanwhile, the city, as the political center of Vietnam, has the advantage of reacting to newly-issued laws faster, and more efficiently while startups here benefit more from projects supporting startups than elsewhere nationwide.

“Startups like Abivin can easily participate in the events organized by the governmental agencies and receive direct help from them,” he noted.

And for the final point, in Vietnam’s second-largest economic center, as such, enterprises here have always been taking the lead in innovation movements to increase work efficiency with digital transformation.

“I do believe this city is a very potential market for tech startups like Abivin,” Long stressed.

Bao from Base.vn noted supports from local authorities has created a strong foundation for innovative startups.

“A full support in terms of media and related policies allows us to focus on products, market, and our customers,” noted Bao.

“Hanoi envisioned itself to become a national innovative center, for which a variety of supporting policies for startups, including tailor-made incentives have been issued,” Quan stated, saying the centerpiece is a supporting project for innovative startups in Hanoi during the 2019-2025 period.

Under this context, Hanoi will form a network of startup support, including the establishment of an addition of 3 - 5 startup incubators, to realize its role as a facilitating factor to boost startup development.

By 2025, the city aims to support 500 innovative startup projects, of them, 150 would be able to commercialize their products.

“Startups would get financial support for media-related activities, along with training human resources and getting consultation from experts,” Quan added.

While startups also receive support from the city in finding working spaces, they would also get the fund they needed to join startup contests.

The project is committed to being a long-term partner for startups as they are entitled to 100% of financial support in registering for intellectual property rights, or product testing products and advertisement afterward, Quan noted.

09:14, 2022/14/07
International passengers having monkeypox symptoms to be transfered to hospitals from Noi Bai Airport
The medical quarantine area at the Hanoi-based airport has been equipped with billboards and communication leaflets on epidemic prevention instructions are distributed.

17:46, 2022/46/06
Golf tournament expected to boost tourism in capital city
The combination of golf and tourism may be a solid boost to the tourism sector that has suffered adversities of the Covid-19 pandemic.

07:10, 2022/10/06
Hanoi opens underpass at busy intersection
The underpass is a key project to deal with congestion at one of the busiest intersections in Hanoi.