Hanoi - Ho Chi Minh City air route has been ranked second among the world’s top 10 busiest routes in this November, according to OAG Aviation Worldwide, the aviation research market firm.

The air route between Vietnam’s two largest cities had over 892,800 seats in November 2020, just behind the largest, Jeju International - Seoul Gimpo (South Korea).

This month, all of the world’s top 10 busiest domestic routes are in Asia, including four in China, four in Japan and the remaining two in South Korea and Vietnam.

The coronavirus pandemic has hit hard the aviation industry in Vietnam and the world in general. International flights have suffered most due to border closures and mandatory quarantine requirements.

However, domestic air services in Vietnam have recovered as Vietnamese are generally able to move more freely within national borders.

According to the Airports Council International, the annual World Airport Traffic Report 2018 listed Hanoi and Ho Chi Minh City in the top 10 fastest growing airports between 2007 and 2017.

Vietnam is forecast to be the fastest growing country in terms of air passengers in the 2017-2040 period. 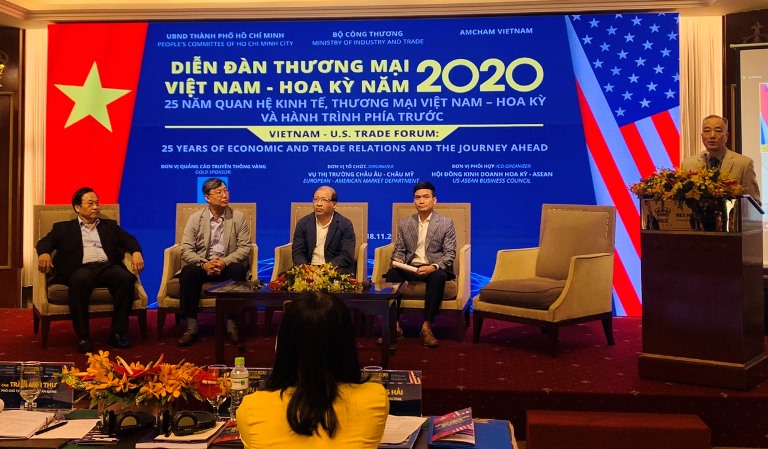 14:48, 2020/48/18
Vietnam flower and gift market heats up ahead of Teachers’ Day
Sales promotion programs offered at supermarkets and online shops not only help customers easily buy things suitable to their needs, but also show their affection and love to teachers on this occasion.