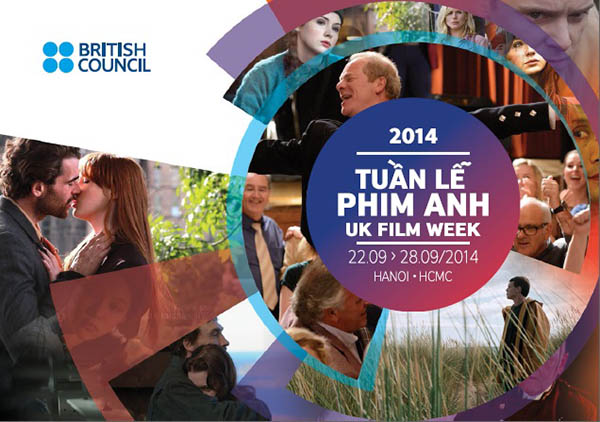 Scheduled for 22-28 September, this year’s UK Film Week celebrates Scotland as the host country of the 2014 Commonwealth Games, which took place in Glasgow in early August this year.

Other feature films to be shown include Shell, Ae Fond Kiss, For Those in Peril, Not Another Happy Ending and Shell, representing a mixture of genres to celebrate the richness of Scottish culture.

2. “Europe Meets Asia in Contemporary Dance 2014”: Creativity Has no Limits

This year the international dance festival is taking place for the fourth time. Being welcomed with enthusiasm and applause by both media and the audience, this festival has successfully contributed to a growing awareness of contemporary dance in Hanoi since 2011.

“Europe meets Asia in Contemporary Dance” is an initiative of EUNIC, the network of European cultural institutes and embassies in Hanoi, in cooperation with the Vietnam National Opera and Ballet (VNBO) and is this year again coordinated by the Goethe-Institut this year.

For the first time in Hanoi, a true music festival featuring international and local famous artists, will be held in 3 consecutive days.

A colorful and sumptuous musical feast of professional artists who will perform jointly to thousands of audiences in a large outdoor space.

Be ready for the performance of famous artists Vietnam: Thanh Lam, Ha Tran, Suboi… and from countriesDenmark, England, France, Belgium, South Korea, Japan; an annual music festival aims to become an international brand name made and developed by the community.

With over 200 years of tradition, Oktoberfest is the world’s largest beer festival held annually in Munich, Germany, attracting millions of participants. For this year’s celebration, Brasserie Westlake will bring guests an air of this cheerful event right in the heart of Hanoi.

Besides September has witnessed German Film Festival in Vietnam 2014 (04 Sep – 21 Sep) being successfully held in Hanoi, HCMC and other major cities and Sonic Moon Festival 2014 (04 Sep – 07 Sep) – an annual festival of electronic music and experimentation in multimedia arts.

19:56, 2021/56/20
Women filmmakers struggle to overcome gender prejudice
“In Her Voice” webinar aims at raising the call among men on providing women filmmakers’ specific needs to create networks and opportunities for them.