Home / Defend the sovereignty
US challenges China to win over littoral states bullied by China: Carl Thayer
Linh Pham 18:52, 2020/06/03
The move provides the legal rationale for naval and air operations.

Emeritus professor Carl Thayer, one of the world's leading South China Sea specialists, has said that the US Note Verbale to the United Nations was aimed at challenging Chinese sovereignty claims and winning over littoral states who are being bullied by China.

There are two reasons why the US challenged China’s claims to the South China Sea at this time, the professor at the University of New South Wales, Canberra (UNSW Canberra) said in an interview with Hanoitimes.

First, senior officials in the Trump administration concluded that China was taking advantage of the world being distracted by the Covid-19 pandemic to advance its claims over the South China Sea through intimidation and bullying. The Pentagon then approved a step in the frequency of freedom of navigation patrols (FONOPs) and overflights by stealth bombers.

Second, as tensions between China and the United States rose over Beijing’s handling of the coronavirus pandemic, US public opinion began to turn against China in the US Congress by both political parties and among the public at large. China’s intimidation and bullying in the South China Sea and intervention in the internal affairs of Hong Kong only stoked anti-China sentiment.

The US advanced four legal arguments.

First, the US rejected Chinas assertion of "historic rights" because they were far in excess to its maritime entitlements under the United Nations Convention on the Law of the Sea (UNCLOS).

Second, the US rejected China’s attempt to group dispersed islands in the South China Sea into one unit by drawing straight baselines around them. The US argued that no provision in UNCLOS gives an exception to normal baselines.

Third, the US argued that China therefore could not claim internal waters or other maritime zones “by treating island groups in the South China Sea as a collective.”

Fourth, the US argued that China could not claim any maritime entitlements based on features that were not islands under the UNCLOS and the Arbitral Tribunal ruling of July 2016. Further, China could not assert sovereignty over entirely submerged features such as Macclesfield Bank, James Shoal, Mischief Reef or Second Thomas Shoal.

In sum, the United States rejected China’s attempt to restrict navigational rights and freedoms on the basis of international law.

How will China respond?

China will follow past practice by lodging a Note Verbale with the UN Secretary-General totally rejecting US legal arguments. China will continue to advance its claims on the grounds of "historic rights" and sovereignty over the Nanhai Zhudao (South China Sea islands) and their "four shas" – Dongsha (Pratas). Xisha (Paracels), Zhongsha (Macclesfield Bank) and Nansha (Spratlys).

It should be noted that after the Arbitral Ruling in July 2016, which ruled that China’s nine-dash line claim was illegal under international law, China has shifted grounds and argued that the ‘four shas” form a unit.

The United Nations will not take action. The Secretary General will circulate the US Note Verbale to all members of the General Assembly, including members of the Security Council, and post it on the UN’s website. The US challenge to China will be one in a continuing series of verbal exchanges as the two major powers continue their rivalry for influence. ASEAN and regional states, like Vietnam, will come under pressure to take sides. Since the balance of power in the post-Covid-19 world is uncertain it is likely that Southeast Asian states will remain aloof and support ASEAN centrality and Southeast Asian autonomy from the major powers. 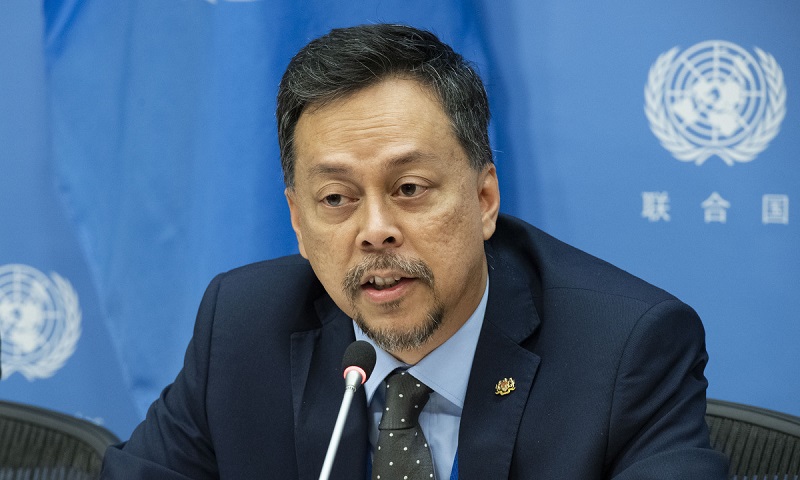 23:42, 2020/42/31
Malaysia turns down China’s South China Sea claims
With Malaysia's latest move, the rejection of China’s maritime claims in the resources-rich sea weighs on than ever before. 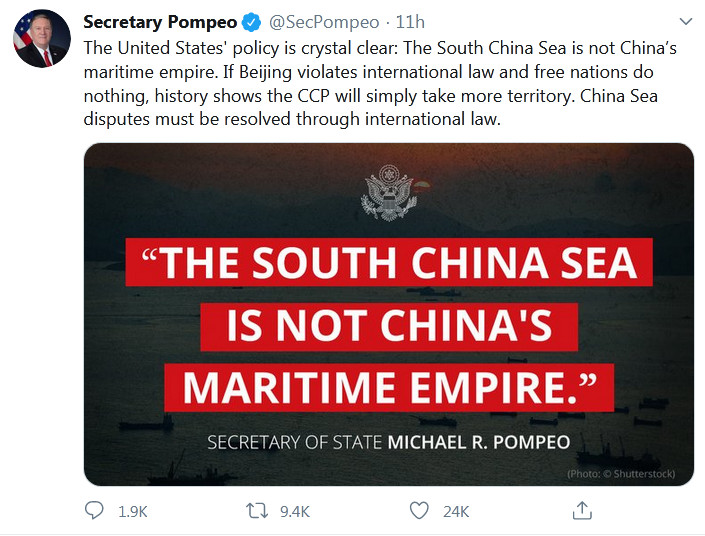 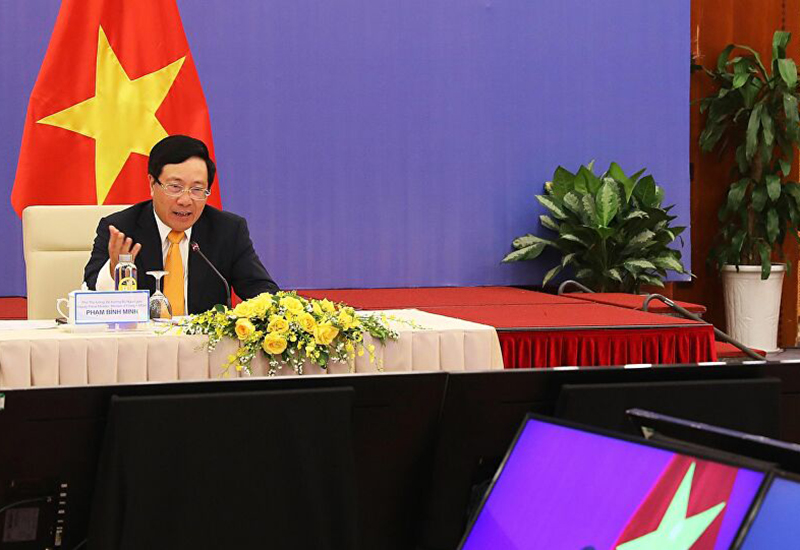 23:21, 2020/21/18
US intensifies operations in South China Sea after denouncing Beijing's maritime claims
The US Navy said the presence of two carriers in the South China Sea is part of regular integration to exercise and develop tactical interoperability.