Typhoon Rammasun, which hit northern provinces last month, is an instructive example. When the storm moved over the country, no human losses were reported. However, landslides and flash floods caused by the typhoon killed 22 people.
In 2008, floods and landslides that followed storms left 120 people dead or missing in northern mountainous Lao Cai and Yen Bai provinces.
Hai instructed those planning infrastructure projects to prioritise safety, saying new infrastructure and housing projects would be strictly prohibited in areas vulnerable to flash floods and landslides.
Localities across the country plan to relocate approximately 28,600 households from areas at risk of natural disasters by 2020.
The Deputy PM assigned the Ministry of Agriculture and Rural Development to work with the Ministry of Planning and Investment and the Ministry of Finance to collect evacuation proposals from localities and submit them to the Prime Minister, who would give investment priority to feasible projects. Hai also urged localities to regularly check vulnerable areas and make evacuation plans.
Communication and outreach efforts should be also stepped up, particularly in mountainous localities, where every resident should be informed about how to respond to natural disasters, the Deputy PM said.
Meanwhile, the Ministry of Agriculture and Rural Development will advise localities on the implementation of their respective evacuation and resettlement programmes and the Ministry of Natural Resources and Environment will continue to establish flash flood and landslide warning and observation systems in vulnerable areas.
Landslide, flood alert
The National Steering Committee for Flood and Storm Control and Prevention and the National Committee for Research and Rescue on Thursday sent an urgent message to relevant ministries, agencies and northern and north-central localities telling them to prepare for floods and landslides as heavy rain keeps pouring. Residents living close to lakes and rivers and in low areas should be warned to take preventive measures, the message said.
Director of the National Hydro-meteorological Forecast Centre Hoang Duc Cuong warned that the ongoing heavy rainfall would cause floods in lower areas and landslides in mountainous areas.
Rainfall up to 400mm caused landslides in central Thanh Hoa Province, blocking traffic on some roads; flooding and isolating nearly 60 per cent of communes in Quang Son District.
Rain also caused estimated losses of more than VND17 billion (US$800,000) in the Central Highlands province of Lam Dong in the past few days.
Flooding and landslides are likely to occur in Tuyen Quang, Yen Bai, Dien Bien, Son La, Hoa Binh, Bac Can, Thai Nguyen, Vinh Phuc, Thanh Hoa and Nghe An.
Comments
Other news 20:04, 2020/04/25
Storm Saudel weakens off central Vietnam coast, Molave gains strength
Storm Saudel is projected to make landfall in central localities of Vietnam before weakening into a tropical depression and eventually a low-pressure area. 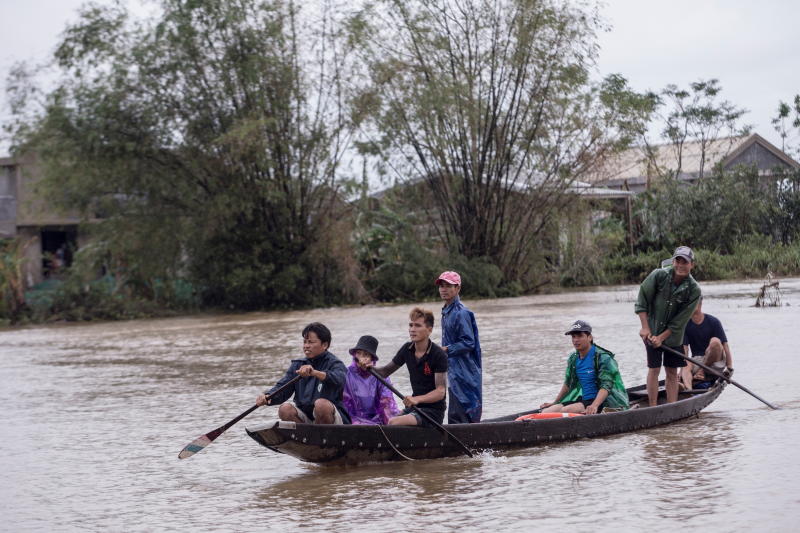 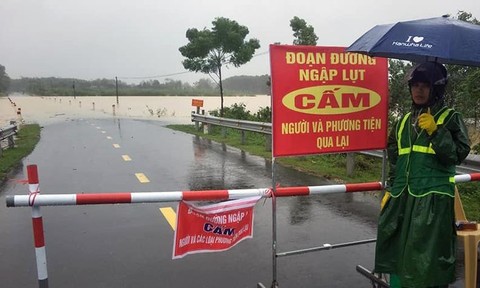