Rapid Covid-19 testing will be conducted in some 30 districts in Hanoi from July 30 on nearly 4,000 people who have returned from Danang, which has been hardly hit by Covid-19 infections, VnExpress reported.

The steering committee for Covid-19 prevention and control in Hanoi said that nearly 30,000 residents had visited Danang in July.

On the first day of Covid-19 testing, 87 people returning from Danang with signs of cough and fever tested negative for the novel coronavirus.

Holding the notice sheet of negative result, Nguyen Thanh Ngoc who is living in Yen Hoa ward felt relieved. Two weeks ago, she and five other family members traveled to the beach city of Danang. "We only stayed at the resort and did not go to any crowded places. But as soon as we learned about the local infection in the city, we isolated ourselves at home and made medical declaration," Ngoc said.

Director of Cau Giay district Medical Center Do Thi Thu Ha said that the center has organized several training courses for health workers in the district to ensure quick and accurate sampling.

"In addition to Covid-19 testing at the ward health station, we have restarted the rapid response mobile team to localize and sample in areas with suspected cases," Ha said, adding that the screening is expected to complete by August 1.

In the downtown district of Hoan Kiem, there are more than 1,000 people returning from Danang. On July 30, the district health center organized rapid tests for 391 people in seven wards, all the tests proved negative.

Khong Minh Tuan, deputy director of the Hanoi Center for Disease Control (CDC), said the rapid testing is expected to be completed by early August.

Hanoi currently records two cases of Covid-19 linked to the outbreak in Danang, including a 23-year-old man in Nam Tu Liem district and a 76-year-old man in Tay Ho district. 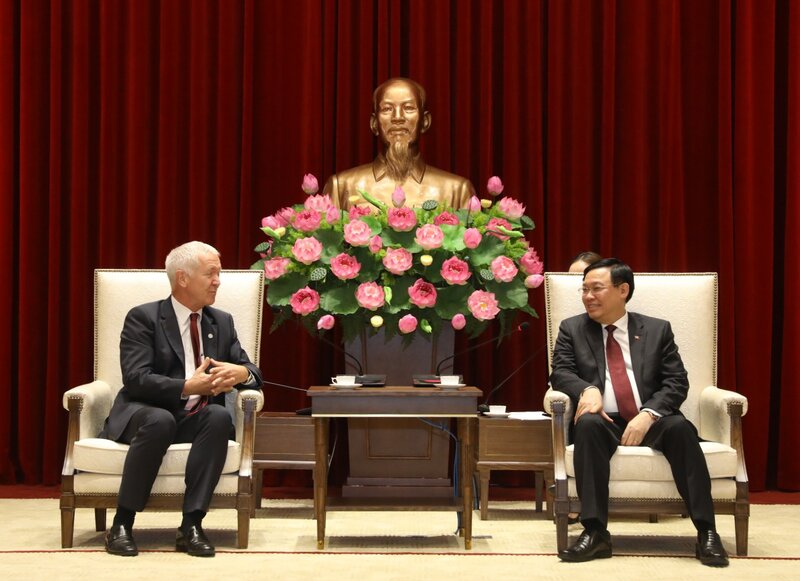 11:19, 2020/19/28
Switzerland eyes signing of Vietnam–EFTA trade deal next year: Amb.
The European Free Trade Association (EFTA) is looking forward to having a framework for trade and investment with Vietnam, which would help the country better attract foreign investment.

16:30, 2020/30/27
Hanoi targets to have 10 logistics centers
Hanoi identifies the logistics sector essential to meet the demand of nearly 300,000 enterprises in the city and further support the its socio-economic development process. 14:26, 2020/26/27
Hanoi pushes for cooperation with peers to boost domestic consumption
Hanoi has played a key role in forming supply and production chains among local enterprises from various provinces and cities, said a senior government official.