Vietnam’s Ministry of Agriculture and Rural Development on October 22 signed an agreement with the World Bank’s Forest Carbon Partnership Facility (FCPF), unlocking up to US$51.5 million for Vietnam’s efforts to reduce carbon emissions from deforestation and forest degradation between now and 2025.

“Vietnam has shown tremendous leadership in developing robust programs to deliver forest emission reductions at scale,” said Carolyn Turk, World Bank Country Director for Vietnam. “This agreement marks the beginning of a new chapter for Vietnam, where new and significant incentives for forest protection and improved management are now in place to help the country meet its ambitious climate targets.”

Vietnam’s Emission Reductions Program is designed to address the underlying causes of forest loss in the country’s North Central Region and by so doing reducing emissions from deforestation and forest degradation.

The program will also support forest restoration, while the region was chosen for its critical biodiversity importance and socio-economic status. The program area covers 5.1 million hectares of land (16% of the land area of the country), of which 3.1 million hectares are currently forested, and includes five internationally recognized conservation corridors. It is home to approximately 10.5 million people, nearly one third of whom live below the national poverty line.

“Vietnam’s program follows a preparation phase that built our readiness to engage in an emission reduction payment agreement of this kind and is a step towards full implementation of forest carbon services in Vietnam. This agreement highlights the collaboration between Vietnam, FCPF and the World Bank to meet international climate targets laid out in the Paris Agreement,” said Ha Cong Tuan, Vice Minister of Agriculture and Rural Development. “Our program will mobilize important additional financing to invest in our forests and reduce forest degradation while generating income for forest owners and improving sustainable development in the North Central Region.”

Vietnam is the first country in Asia-Pacific and fifth globally to reach such a milestone agreement with the FCPF. ERPAs are innovative instruments that incentivize sustainable land management at scale and help to connect countries with other sources of climate financing. The resources from the FCPF provide new opportunities to conserve and regenerate forest landscapes and biodiversity while simultaneously supporting sustainable economic growth, which is critical for Vietnam’s development going forward.

The Forest Carbon Partnership Facility (FCPF) is a global partnership of governments, businesses, civil society, and Indigenous Peoples' organizations focused on reducing emissions from deforestation and forest degradation, forest carbon stock conservation, the sustainable management of forests, and the enhancement of forest carbon stocks in developing countries, activities commonly referred to as REDD+.

Launched in 2008, the FCPF has worked with 47 developing countries across Africa, Asia, and Latin America and the Caribbean, along with 17 donors that have made contributions and commitments totaling US$1.3 billion. 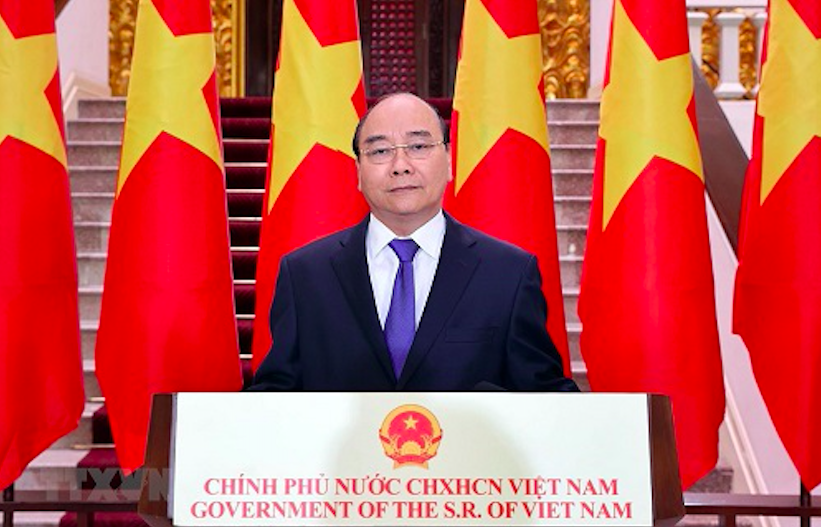