After two phases of vaccine testing in mice by Hanoi-based Company for Vaccine and Biological Production (VABIOTECH) with promising results, VABIOTECH is planning to start human trial of the Covid-19 vaccine, Zing.vn reported.

The news website quoted Head of the Hanoi-based VABIOTECH company Do Tuan Dat as saying that Vietnam's Covid-19 vaccine candidate researched and produced by the facility in collaboration with UK’s Bristol University is heading to the next phase of the human trial, in early 2021.

Specifically, so far, the vaccine candidate which was tested twice in mice VABIOTECH has held two tests in mice, of which four batches of mice have demonstrated immune response.

“We hope that the trial vaccination on animals will be conducted one more time in the next four to five months, or nine months at most before we officially begin human testing. After that, we need another two to three months to complete manufacturing process for human use,” Dat said.

With a view to making Vietnam's Covid-19 vaccine a commercial product, it is necessary to accelerate the manufacturing capacity to millions of doses with stable quality.

VABIOTECH is the first unit in Vietnam to successfully study the Covid-19 vaccine candidate and has tested on mice.

Dat added that no sooner had Wuhan scientists announced the Covid-19 gene sequence did VABIOTECH researchers start collaborating with scientists at Bristol University to study the domestic Covid-19 vaccine.

For the vaccine development, there are different options with a series of technologies to support the work such as viral vectors, DNA, and RNA synthesis. The technology adopted by VABIOTECH is a virus vector – the system is installed with one or more gene regions encoding the desired antigen region. During immunization, protein antigens will be expressed interacting with the host to induce an immune response to the target pathogen.

The made-in-Vietnam Covid-19 vaccine project began in February and its first phase is completed two months ahead of time, which is considered the most important in the Covid-19 vaccine researching progress.

Around 150 Covid-19 vaccine development projects are being carried out worldwide and eight vaccines have begun human testing. 08:39, 2020/39/27
Mass masking – significant factor for Vietnam’s Covid-19 success
Wearing masks in public has long been a common practice in Vietnam. 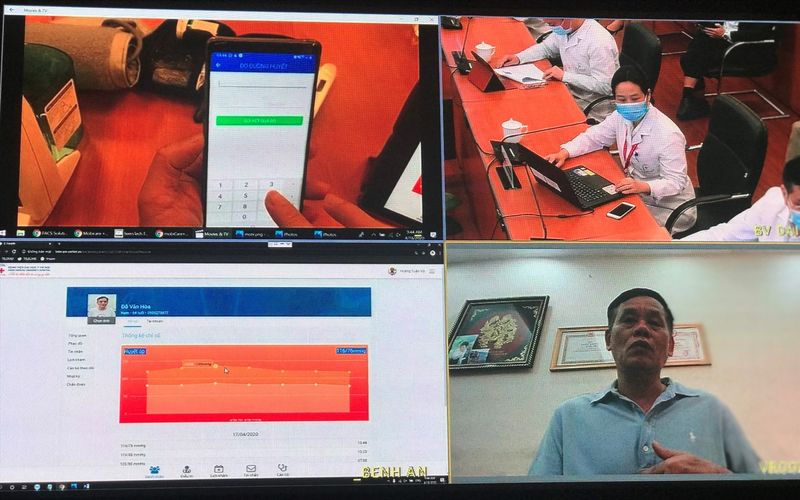