Vietnam assumed the chair of the Association of Southeast Asian Nations (ASEAN) last November for 2020—perhaps the most challenging year ever to take on the role. The Covid-19 pandemic has changed the nature of diplomacy, particularly the somewhat old-fashioned style that ASEAN most favored: frequent consultations, informal negotiations, and confidence building through meetings and retreats—none of which are possible given the restrictions.

But an even greater challenge to ASEAN’s usual diplomatic style has been posed by the critical tensions between the United States and China. The growing competition jeopardizes regional trade and economic cooperation and contributes to the sense of confrontation and unpredictability of international conduct. As both Washington and Beijing escalate the conflict and bilateral channels shrink, multilateral forums are become proxies for their disputes.

Vietnam has been preparing for the challenges and had been gearing for this important year, where it not only chairs ASEAN but is also a nonpermanent member of the U.N. Security Council. It has already proved on multiple occasions its ability to host important regional forums and even high-level meetings of global importance, such as the highly challenging U.S.-North Korea summit in Hanoi last year—a remarkable makeover, given its relatively recent diplomatic isolation from which it only broke out with normalization of relations with the United States and joining ASEAN in the mid-1990s. But beyond Vietnam merely holding the chair, many already harbor hopes that it can take a stronger leadership role within ASEAN.

ASEAN has lacked leadership for some time, which has led to hard questions about the group’s effectiveness. The lack of a formal leader was a deliberate part of ASEAN’s design to ensure equality among a diverse group, but it became an inherent weakness. Indonesia is traditionally closest to such a position as de facto leader but by virtue of size rather than by authority or legitimacy. But Jakarta’s notable withdrawal from that role since Joko Widodo became president leaves a leadership vacuum, even if informal. Many in ASEAN think that there could be no better country standing up to the mounting challenges than Vietnam.

In fact, Vietnam’s thus far impressive response to Covid-19 has earned further respect and recognition from its neighbors, including much wealthier and more developed ones, like Singapore, Thailand, and Malaysia. Its effective and early recovery puts it in a better position to think beyond the crisis management and have more strategic bandwidth for regional matters. Economists from the World Bank, International Monetary Fund, and Asian Development Bank predict that Vietnam has the highest chances in the region to come out of the post-coronavirus economic crisis in a relatively better shape. This is a significant shift in Vietnam’s position in ASEAN, which, as a latecomer to the market economy, used to be labeled among the “second-tier” economies.

Diplomatically, Hanoi has also been taking up a more pivotal role. It is a de facto front-liner in South China Sea matters, where it has strong disputes with Beijing, but it’s also increasingly among the few that truly advocate for a powerful ASEAN role in regional matters. Hanoi’s leadership attaches strong importance to ASEAN norms and maintains a consistent foreign policy and has stepped up to socialize these norms to the other newer members. The stability of Vietnam’s government makes it unusual in a region that has recently seen many dramatic changes in domestic leadership.

Given the crisis enveloping the world, the main objective of Vietnam’s 2020 chairmanship is to preserve ASEAN’s unity and solidarity and prevent further erosion. The high expectations from the other ASEAN members and dialogue partners reflect a level of confidence in Vietnam’s diplomatic capability. Hanoi is strategically astute and aware of both the value and limitations of the regional body. But its commitment to the region’s security, and its unchanging posture on the South China Sea, shows that Hanoi is keen to preserve ASEAN’s role in security and international affairs and to invest more diplomatic capital in the regional body.

Vietnam has been holding the line in the maritime disputes, at times rather diplomatically isolated in its determination from its Southeast Asian peers. But this year, it looks as if that has paid off. Hanoi shepherded a strong joint statement following the 36th ASEAN Summit, which openly reflected the tense situation in the region—a departure from ASEAN’s usual evasive statements on this matter. In his speech opening the summit, Vietnamese Prime Minister Nguyen Xuan Phuc called for the “full and strict compliance” of the rules in the South China Sea and said ASEAN was “making every effort to establish an effective” code of conduct with China.

The joint statement expressed concerns regarding recent developments in the waters, “which have eroded trust and confidence, increased tensions and may undermine peace, security and stability in the region.” It reiterated that the 1982 United Nations Convention on the Law of the Sea (UNCLOS) is “the basis for determining maritime entitlements, sovereign rights, jurisdiction and legitimate interests over maritime zones.” Vietnam is also insistent that UNCLOS remains the basis for the negotiated code of conduct. All of that addresses China’s current intensified military presence in the South China Sea and its repeated unilateral blockage of oil and gas exploration in the waters, as well as reports about Beijing’s intentions to announce an air defense identification zone.

Vietnam’s consistent South China Sea policy may have cost it some diplomatic points with China, as well as incurring serious monetary losses from disrupted exploration projects in partnerships with international companies. But China’s overreach may have turned the tides, as the recent wave of formal complaints to the United Nations rejecting China’s excessive claims in the South China Sea indicates. In recent months, Malaysia, the Philippines, Indonesia, Australia, and even the United States have issued complaints that explicitly reject Beijing’s own formal claim to offshore rights and sovereignty of the “Four Sha” island groups—which is inconsistent with UNCLOS and the 2016 ruling by an arbitral tribunal in The Hague.

This will be considered in Hanoi as a sign of success in its policy of uncompromising internationalization of the disputes and keeping the South China Sea a regional security issue, rather than a bilateral issue between China and individual Southeast Asian claimant states. By taking up this role when few ASEAN members wanted to, or even supported that, Vietnam has taken on a security leadership role, at least partially, in ASEAN. Not bad for a latecomer and certainly not an irrelevant contribution over 25 years of membership.

Huong Le Thu is a senior analyst at the Australian Strategic Policy Institute. 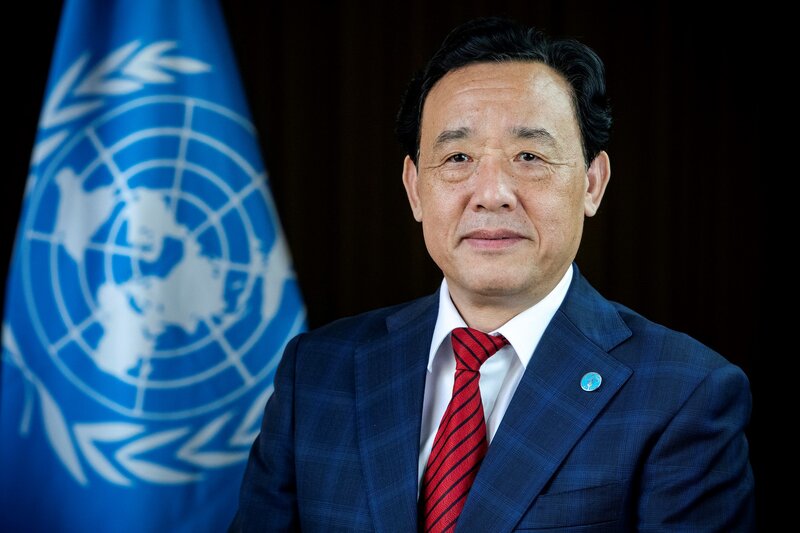 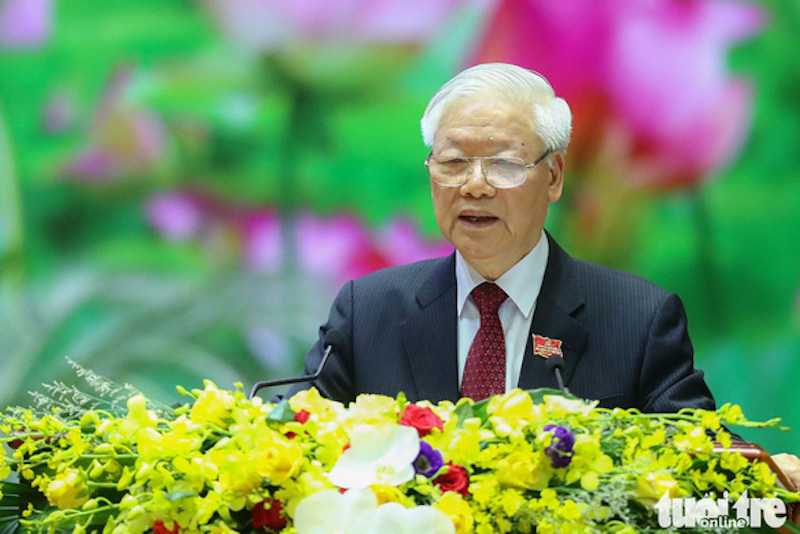 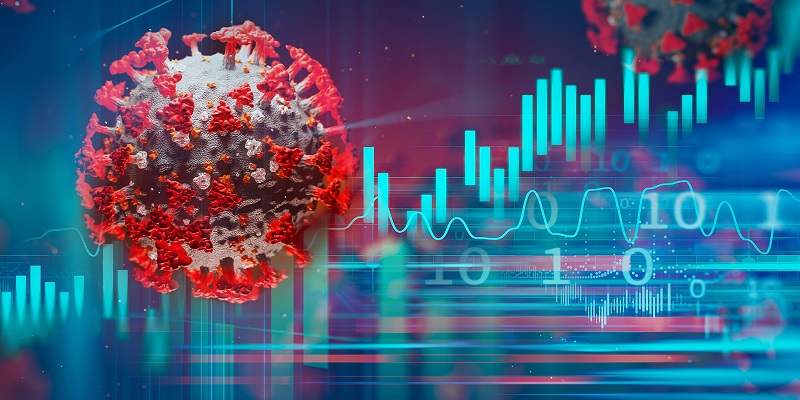 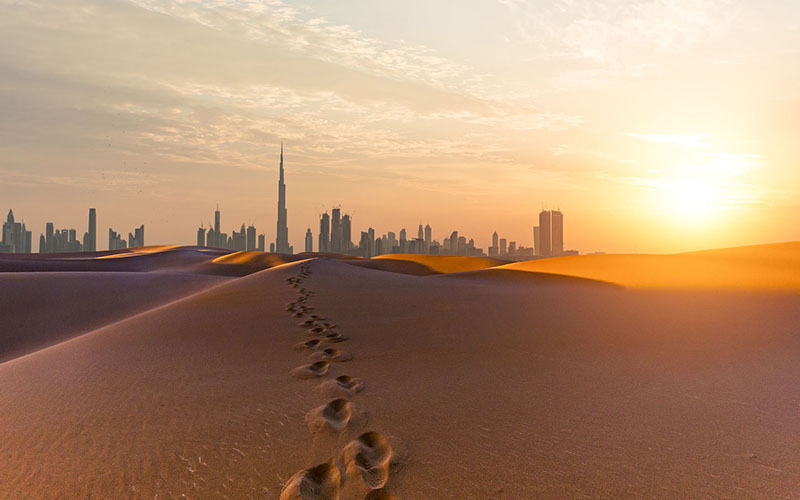 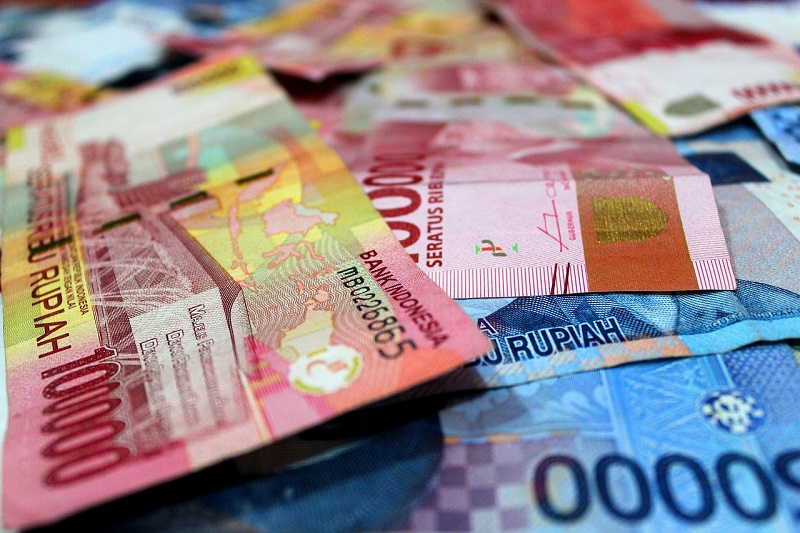