Vietnam has drafted a new master power development plan in which liquefied natural gas (LNG) will be a major source of energy for the country with two-digit annual energy demand growth by 2030.

Vietnam's Institute of Energy has compiled a list of 22 LNG power plants with the first to be operational by 2023.

To make the goal achievable, Vietnam has planned to develop infrastructure capable of importing 8 billion cubic meters (cu.m) of LNG a year by 2030, including LNG from the US that has a widening trade imbalance with Vietnam.

The following proposed LNG projects in Vietnam will provide an overview on the country’s LNG landscape in the future, Reuters has reported.

Its capacity for the first phase is 1 million tons per year (tpy) of LNG scheduled to be completed by 2022 and to be raised to 3 million tpy by 2023.

PetroVietnam Power Corporation (PV Power) has approved a US$1.4 billion plan to build the Nhon Trach 3 and 4 gas-fired power plants in neighboring Dong Nai province with a combined capacity of between 1,300 megawatts (MW) and 1,760 MW.

The plants, which will use 1.4 million tpy of LNG, are scheduled to become operational from 2023 and 2024, making them the first LNG-to-power facilities in Vietnam.

LNG: PV Gas has signed master sales agreements with Shell Singapore, a unit of Royal Dutch Shell, and Gazprom Marketing and Trading Singapore (GMTS), a unit of Gazprom, for supply of LNG.

Status: The project is under construction.

The combined capacity of four power plants is 6,000 MW to be built by state utility Electricity of Vietnam (EVN).

Status: Petrolimex signed an agreement with Japan’s then JXTG (now Eneos Holdings) in July 2019 to compile an LNG & Gas Development plan, including the development of the complex.

LNG: The complex will use LNG imported via a terminal to be developed at the nearby Ca Na Port.

Status: The project is available for investors.

Status: Construction work on the US$4 billion project is scheduled to start in 2021 and the completion is slated for 2024. It will be the first large-scale LNG project to be developed by a foreign investor.

5/ Son My 2 LNG Power Plant is developed by US-based AES Corp in the central province of Binh Thuan.

LNG: will be imported via the nearby Son My LNG terminal which will be built by PV GAS. The terminal has an initial throughput capacity of 3.6 million tpy.

6/ Son My 1 LNG Power Plant is a project developed by EDF, Sojitz Corp, Kyushu Electric Power Co and Pacific Corp to be located in the central province of Binh Thuan.

LNG: The facility is estimated to use 0.57 million tpy of imported LNG which will be transported via nearby Son My LNG Terminal.

Status: The power plant is expected to put into operation in 2027.

7/ Long Son LNG Power Complex is a US$3.78 billion project in the southern province of Ba Ria-Vung Tau to be invested by EVN and possibly units of Mitsubishi Corp and General Electric.

LNG: will be imported via the nearby Long Son LNG terminal, which has a capacity of between 3.5 million and 4.4 million tpy.

8/ Ca Mau 3 LNG Power Plant is a project by PV Power located in the southernmost province of Ca Mau.

LNG: Construction of the US$6-billion complex, which includes an LNG terminal and storage facilities, is scheduled to begin in 2021, with the first phase of 2,400 MW expected to come on line by 2024.

Status: Memorandum of understanding for the project has been signed. 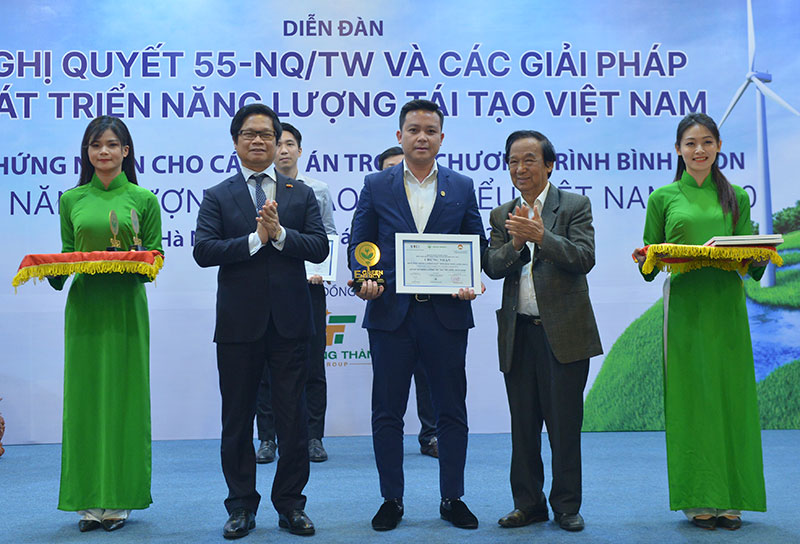