Green trees, nice lakes and peaceful ambiance around is another impression of visitors to Hanoi, besides the old houses of the colonial period, the Asian architecture of pagodas and temples, or the historical relics. It is also one of the reasons why many prefer Hanoi to busy and stuffy Saigon.

In fact, most lakes in Hanoi are natural, as part of past branches of the Red River which fertilized the place and made it the capital of the country since the eleventh century.

Through time in the urbanization, a good deal of lakes in the city have been disappeared but there are five outstanding lakes which are regarded as five basic elements of life (metal, wood, water, fire and earth) in the city according to the Eastern philosophy with their own beauty, and more interestingly, each of them bears some tale and history.

One of the most well-known, a symbol of Hanoi located in the city center, is obviously Hoan Kiem Lake or Sword Lake. Legend has it that after defeating the Chinese invaders, one day when King Le Thai To (1385-1433) was boating on the lake, at that time called Luc Thuy (green water), suddenly a large turtle surfaced and asked for the devolution of his magic sword that helped the King defeat the enemy.

The sword, which belonged to the Dragon King, had been sent to Le Thai To during the war through the net of a fisherman while fishing in the river. The fisherman later joined the army and presented the sword to the king.

King Le Thai To took off the sword from the scabbard and threw it to the turtle who caught it with his mouth and disappeared. The king then renamed the lake into Hoan Kiem, literally means “The Lake of the Returned Sword”, or shortly Sword Lake today.

Along with its tale, Hoan Kiem Lake is also a highlight for its beauty. There is an islet in the middle of the lake in which stands a small tower. Called Thap Rua (Turtle Tower), it honors the magic turtle. Old trees and the red wooden The Huc Bridge which connects the lake’s bank to Ngoc Son Temple in the middle of the lake, add another charm to it.

In addition, lines of people, including tourists wandering, residents doing exercise, couples walking hands and hands, and children playing around enliven the picture of both tranquil and animated ambiance at the same time here.

Covering an area of 500 hectares and encircling by an 18km road, West Lake is the largest lake in the city and also, the most beautiful, to many people. The lake had various names, such as Dam Dam (a lagoon with a lot of water and mist), Lang Bac (strong wave), Xac Cao (fox corpse) based on a tale that a fox monster destroying the crop and houses of people was killed in a flood by a thunder saint and its cave turned into the lake; or there is another tale of a Golden Buffalo which came from China following the toll of a large bell here and swamped in the area to make the lake.

The name West Lake possibly comes from the its location in the Northwest of the city.

West Lake is bordered by various historical and cultural sites of Hanoi and Vietnam, such as Tran Quoc Pagoda, the oldest Buddhist temple in Hanoi built in the 6th century; Quan Thanh Temple, one of the four sacred temples of ancient Hanoi; a bunch of other old pagodas and temples; ancient Nghi Tam village with silkworm, bonsai and ornamental fish trade; or Nhat Tan village with flower planting trade and the flower market.

Thanks to its beautiful landscape, there are a lot of cafes, bars and pubs around and the lakeside, providing a nice view of the place. It is ideal to sit here in a summer afternoon under the shade of trees, watching people fishing, birds and bats flying around, and stunning sunsets on the lake with changing colours of the skyline in different days.

Another large lake of the city is located in the south, known as Bay Mau. The lake, the largest together with two other smaller ones nearby, Thien Quang and Ba Mau, used to be one single lake which later were cut into three pieces by road construction in the 20th century.

Situated in one of the largest parks in the city, Bay Mau Lake has an advantage of the green and pretty park landscape. The lake is surrounded by a lot of tree, flower gardens, bridges, statues, art sculptures, and promenade. Particularly, there are two small islets in the lake. Visitors can get there by boat and enjoy the water trip with the nice view of the lake as well as the tranquil natural life in the islets.

Thanks to the fine scenery, the lake is not only a popular place for the people to relax and enjoy the fresh air and nature but also becomes an ideal track for runners to practice jogging and domestic and international running races as the sports have been developing in the country in recent years.

Located in southwest of the city, Ngoc Khanh Lake is small but special. It used to be a place for the royal navy to drill in the 13th-17th centuries. Boats, horses and elephants of the Vietnamese army used for rehearse here. In the late 20th century, a large amount of ancient weapons were found in the lake bed, including stone and iron spear and arrows, firearms made of stone and bronze, and some 1,000 stone bullets, contributing significantly to the research on the country’s army in the old time.

If the lake’s surface waved a lot with battle training before, it is very calm today. Only sometimes there are ripples from breeze. Hidden in a residential area with surrounding green trees and people exercising sometimes, it is a tranquil escape from the busy noisy city life for a nice walk or a leisure lakeside coffee to enjoy the serenity.

Dong Nhan Lake is unique for its shape of a semicircle and its special location in front of an ancient temple built in the 12th century, Dong Nhan Temple, a national relic which plays an important part to the resident’s historical and religious life. The temple worships Hai Ba Trung, two national female heroes who fought against the Han Chinese invaders in the early history of the nation.

Besides contributing to the common architecture and scenery of ancient temples and pagodas blending with trees and water, the lake also provides an important space for festival activities.

Annually, on the 6th of lunar February, people gather here to attend Dong Nhan Festival, the largest festival of the area. It includes ritual and entertainment activities taking place in the temple and the lake such as water ceremonies, re-enactment of the battles of the Trung sisters, performance of martial arts, singing and dancing folk music in boats, playing folk game and so on. 07:41, 2020/41/02
What to do in Hanoi in 24 hours: Nightlife
Night activities in this millennial city may surprise visitors and leave deep impressions. 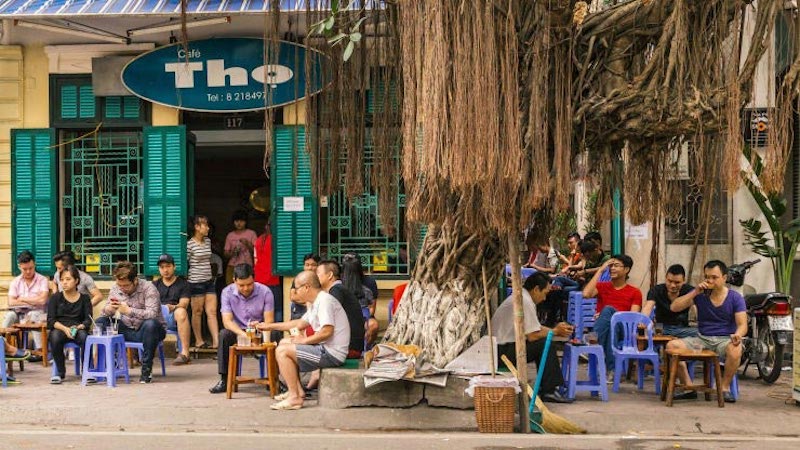 08:50, 2020/50/01
What to do in Hanoi in 24 hours?
Every hour in Hanoi is a memorable time to capture the beauty of the millennial city from different perspectives, from traditional to modern.

09:41, 2020/41/11
Iconic lakes in Hanoi
Green trees, nice lakes and peaceful ambiance of Hanoi leave deep impression on visitors when they come to this millennial city.

11:53, 2020/53/05
French newspaper suggests eight must-eat street foods in Hanoi
Besides pho and egg coffee that have already made international headlines, what are the other dishes you must try when in Hanoi?

14:33, 2020/33/11
Hanoi closes some major tourist sites for Covid-19 prevention
The move aims to ensure safety for tourists as well as the relics' staff.