Home / Travel / Attractions
Hanoi to link with other localities to boost tourism growth
Nhat Minh 14:13, 2020/11/16
From now to the end of 2020, the tourism industry of the city will boost cooperation with localities nationwide to stimulate domestic travel.

To materialize the motto “Vietnamese people travel in Vietnam,” the Hanoi Department of Tourism has cooperated with localities nationwide to develop tourism products and stimulate domestic demand in Hanoi and nationwide.

In this November, the department, in coordination with the Department of Tourism of Ho Chi Minh City and the central provinces will jointly organize a forum to link the central key economic region with Hanoi and Ho Chi Minh City in developing tourist products, supporting each other in building and operating tours, Mr. Kieu Viet, head of Accommodation Management Division under the Hanoi Tourism Department, told Hanoitimes.

Earlier, during July-September, the department cooperated with the UNESCO Travel Club to organize a farm trip delegation to survey and build tourist products in Hanoi - Quang Binh - Nghe An - Thanh Hoa; in Son Tay town; in districts of Ba Vi, My Duc, Soc Son, Gia Lam of Hanoi.

According to the department, Covid-19 has sunk the tourism industry, reducing an estimated 50-60% of total domestic tourists in the last months of 2020 compared to the same period of 2019, equivalent to 7.1 - 8 million visitors.

In order to stimulate tourism demand, the department has called on destinations, accommodation establishments and travel services to commit to offering discounts, and at the same time focusing on building products with Hanoi's specialties such as heritage, ecology, healthcare, tourism associated with cultural events, sports, and trade.

According to local insiders, in order to stimulate demand, in addition to reducing tour prices, it is necessary that regulatory agencies   promote regional connectivity as well as cooperation among local tour operators.

In addition, the company has linked with provinces and cities to organize seasonal tours such as the Western region - the flood season, Phu Quoc - the dry season, Con Dao - the spiritual tour at the end of the year.

In particular, the company has also cooperated with Ninh Binh tourism businesses to build a tour “The night before the capital’s move” in which visitors can experience the process of moving the capital from Hoa Lu (Ninh Binh province) to Dai La (Hanoi) by King Ly Cong Uan. 14:13, 2020/13/16
Hanoi to link with other localities to boost tourism growth
From now to the end of 2020, the tourism industry of the city will boost cooperation with localities nationwide to stimulate domestic travel. 14:40, 2020/40/11
Covid-19 slices US$23 billion from Vietnam's tourism revenue
The tourism sector keeps implementing solutions for restoring performance in the final months of the year. 15:04, 2020/04/10
Vietnam’s rice terraces listed among 50 most beautiful places in 2020
The rice terraces in North Vietnam are recommended as one of the must-visit destinations. 00:09, 2020/09/10
Vietnam cultural tourism targets US$8-billion annual revenue by 2030
The draft national plan on cultural tourism will focus on the development of two key areas which are cuisine and heritage. 18:35, 2020/35/31
Hanoi listed among world’s best 10 cities for cycling enthusiasts
Hanoi has been ranked 9th among the list of the locations worldwide. 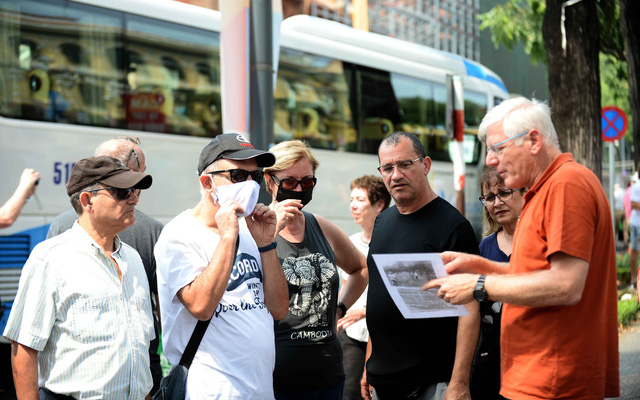 11:16, 2020/16/31
Vietnam starts projecting itself as safe destination post-Covid
New "Why not Vietnam?" ad invites tourists back after Covid-19.